How The New Google Search Console Is Evolving

Updates to Google Search Console are coming fast and furious. Even for the most eagle-eyed of SEO professionals, it can be hard to keep on top of all of the latest developments.

As such, it would be helpful to provide an easy-to-digest overview of what we know about Google’s plans to migrate features over from the old version. As well as looking at the evolution of the new version of Search Console.

The chief source of confusion about the new version of Search Console has been around how Google is dealing with the transition from the old version. Not all of the features are being moved directly into the new version.

Instead, Google is taking the opportunity to reassess the tools and reports that they provide to be more useful for users. To align more closely with the evolving challenges that SEO professionals now face.

After a few dribs and drabs of information on what is and isn’t being migrated to the new version. Google has helpfully published a post clarifying its plans.

Here’s a rundown of Google’s plans as they stand.

The Performance report has been around for almost a year now and was the first feature to be launched in the beta version of Search Console.

Along with the new UI, the biggest benefit of the Performance report, compared to the old Search Analytics report, is the extension of the date range to incorporate 16 months of data, instead of 3 months. 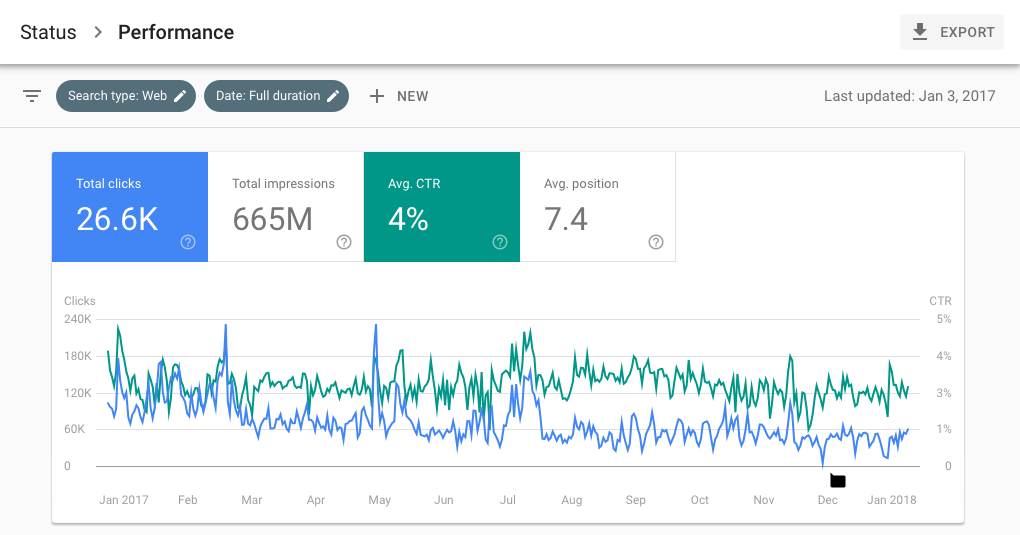 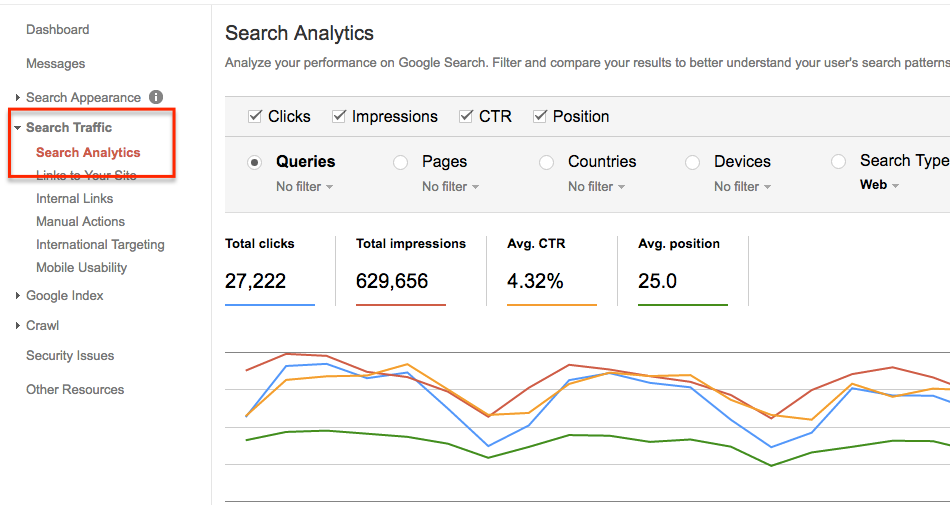 While the Performance report has been a welcome addition, it isn’t without its faults.

Here are a few of the ways that it could be improved:

Launched alongside the Performance report at the birth of the new version of Search Console, the Index Coverage report is a welcome evolution of the Crawl Errors and Index Status reports. 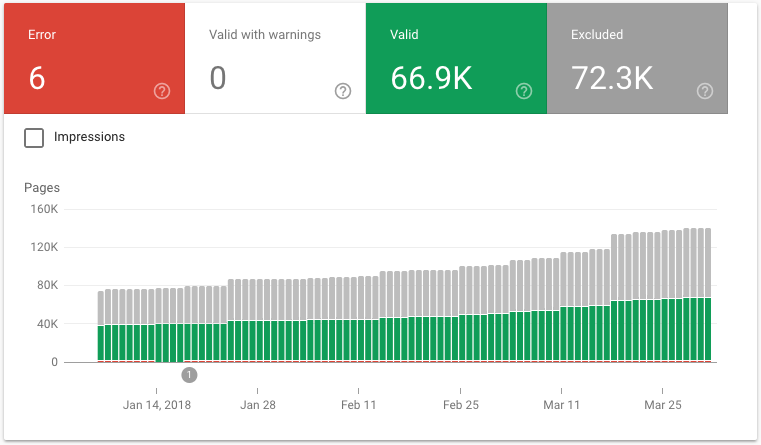 This report will flag problems with pages submitted in a sitemap (e.g. submitted pages that are 404s, blocked by robots.txt, marked as noindex, etc.) as well as providing trends on indexed (valid) pages. 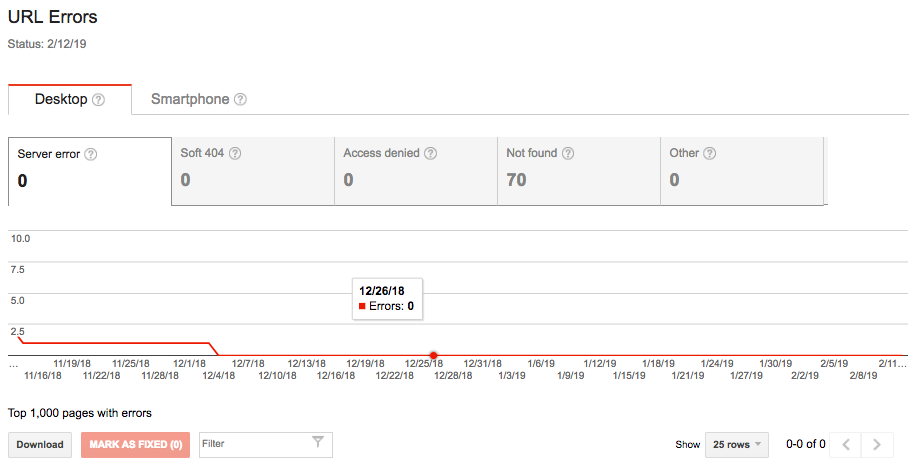 The Index Coverage report is a useful component to the Search Console suite because it enables you to get a top-level view of the crawling and indexing issues directly from Google. However, it isn’t without its limitations:

The tool is massively useful as it stops Google’s crawling and indexing behavior from being as much of a black box and gives SEO professionals more of a basis for debugging. 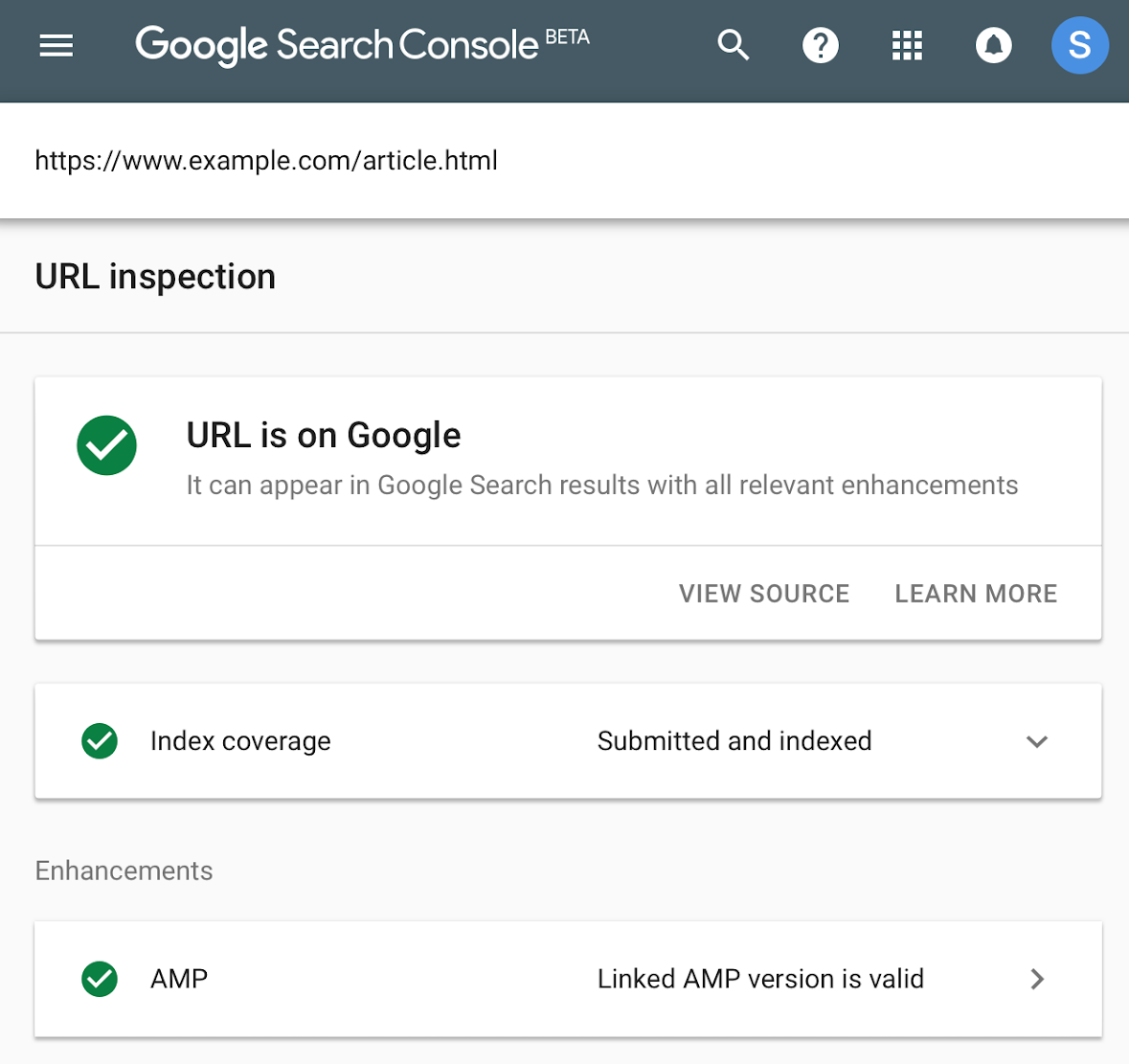 More recently, Google has added further functionality to URL Inspection including the ability to test the live URL, see the rendered page, detect page resources that couldn’t be loaded as well as JavaScript errors.

As with the Performance and Index Coverage reports, URL Inspection isn’t perfect:

Not all of the reports in Search Console are getting a complete revamp, some are simply getting a new lick of paint by being updated to Material Design.

Not all of the reports from the old version of Search Console have made the cut and Google have decided to deprecate a few for various reasons.

HTML improvements is a simple report in the old version of Search Console that communicates on-page issues including ones concerning title tags and meta descriptions.

This report is a real relic of Search Console and is rightly being scrapped. The report provides limited insights into on-page issues, so the team at Google has likely acknowledged there are plenty of other tools that do a better job of this type of best practice issue detection.

Additionally, flagging issues with title tag and meta description length is a bit of a gray area these days due to various tests and the fact that Google sometimes rewrites them.

Property Sets have been a way to group individual Search Console properties into one aggregate property. SEO pros typically use this to combine different variations of a domain into one view (e.g. subdomains, www/non-www, and HTTP/HTTPS). 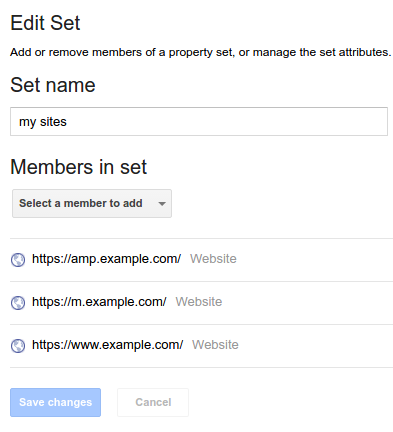 Google has decided to get rid of property sets as they’re only used by a small number of users.

However, Google has released an invite-only experimental feature in the past few months called Domain Properties, which is a rethinking of Property Sets.

Domain Properties will provide a more comprehensive view of a domain as a whole and negate the need to create separate properties for variations of that domain.

Historically, Search Console has provided features to help monitor the visibility of apps in Google’s index, such as creating an app as a property in Search Console and Fetch as Google for apps. 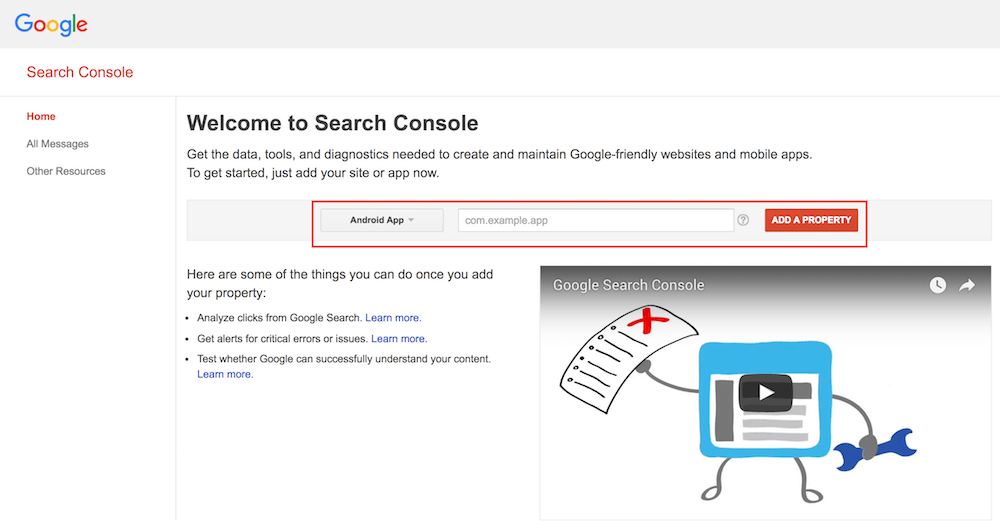 App indexing is now handled in Firebase (formerly Google App Indexing). As such, Google has gradually been switching off app indexing features in Search Console over the past year.

While Google has done a relatively good job of transferring (and building on) their capabilities into the new Search Console, they have openly admitted that it is yet to be decided how the following tools and tasks will be accommodated:

It is important for all of us in SEO to make sure our opinions are heard either through Search Console’s feedback form or on Twitter.

It’s promising that Google is actively asking for feedback, which suggests they open to taking user feedback onboard.

Providing constructive feedback will help ensure we don’t lose any of the key parts of the old version of the tool while shaping the way in which new features are built.

Saying that Search Console is coming on leaps and bounds and it’s great to see how Google is adding to its existing functionality and the pace at which this is happening.