Forms are the important part of a website. They help in collecting the leads, feedback, payments and much more.

It is possible to get the forms built up by the professional developers, but many of the websites also offer the choice to develop forms. These websites are termed as form builders.

These builders can help in customizing and developing the forms as per the user preference. The method of form development is quite similar with different form builders.

FormGet is the HTML form development builder that lets the user develop a basic form for FREE.

It can be used anytime without any technical knowledge. It has multiple additional features such as canned replies, team management, email notifications, and many others.

1st Plan:- FormGet provides a FREE plan where you can create unlimited forms, get unlimited leads and storage up to 100 MB.

2nd Plan:- This is the second plan where you will be charged $97 annually for unlimited form, leads, users, collect payments via PayPal & Stripe, unlimited data storage, and get all extensions which are applicable for only 1 form.

3rd Plan:- For the third plan you will be charged $197 yearly and get all extensions which are applicable for 5 forms, create unlimited forms & everything that you have in plan 2.

4th Plan:- For this plan, you have to pay $297 yearly where you will get everything unlimited – get all extensions which is applicable for unlimited forms, create unlimited forms.

Pabbly Forms win hands-down when it comes to the cheapest and most effective form builders. Using Pabbly Forms, you can create any kind of forms in a blink of an eye using drag and drop builder. Also, you can further enhance your created form with the in-built conditional logic. Now, the forms you’ve created can also be integrated with various payment gateways like PayPal and Stripe. So, you can collect payments hassle-free.

With this, you get some really impressive features like submission reports through email, autoresponder, canned replies, and the list goes on.

Pabbly Forms has got 4 distinctive pricing plans. These all are extremely affordable and the cheapest in the web market.

Starters Plan – This plan has a price range of $5 per month. In this $5, you get 1 form, 1 user, 1200 submissions along with 1 payment account. Apart from these, you get an array of features like multilingual forms, SSL encryption, ReCaptcha, 3rd party integrations and a lot more.

Rookie Plan – It costs you $35 per month. In this plan, you get 5 forms, 25 users, 25K Submissions along with 5 payment account. Along with these, you get an autoresponder, custom message, social sharing with social sharing icons and a lot more.

Pro Plan – This plan costs $79 per month. You get features like unlimited forms, 10 users, 60k submissions along with 15 payment account. With this plan, you’ll also get Google Analytics Integration, Dropbox account integration, multiple currencies, with 260+ free templates and a lot more.

Advance Plan – It costs you $99 per month. This form gives you everything in unlimited like forms, payment accounts, users, submissions and a lot more. This also gives you priority support along with a live chat support and more.

Google has almost taken over all our works and functions. With Google Docs, it provides an excellent alternative to the Microsoft Word. It also serves as a tool for form development with its inbuilt feature of Google Forms. The biggest advantage of using the Google Docs is its familiarity for the users as well as the storage space it allows on the system. 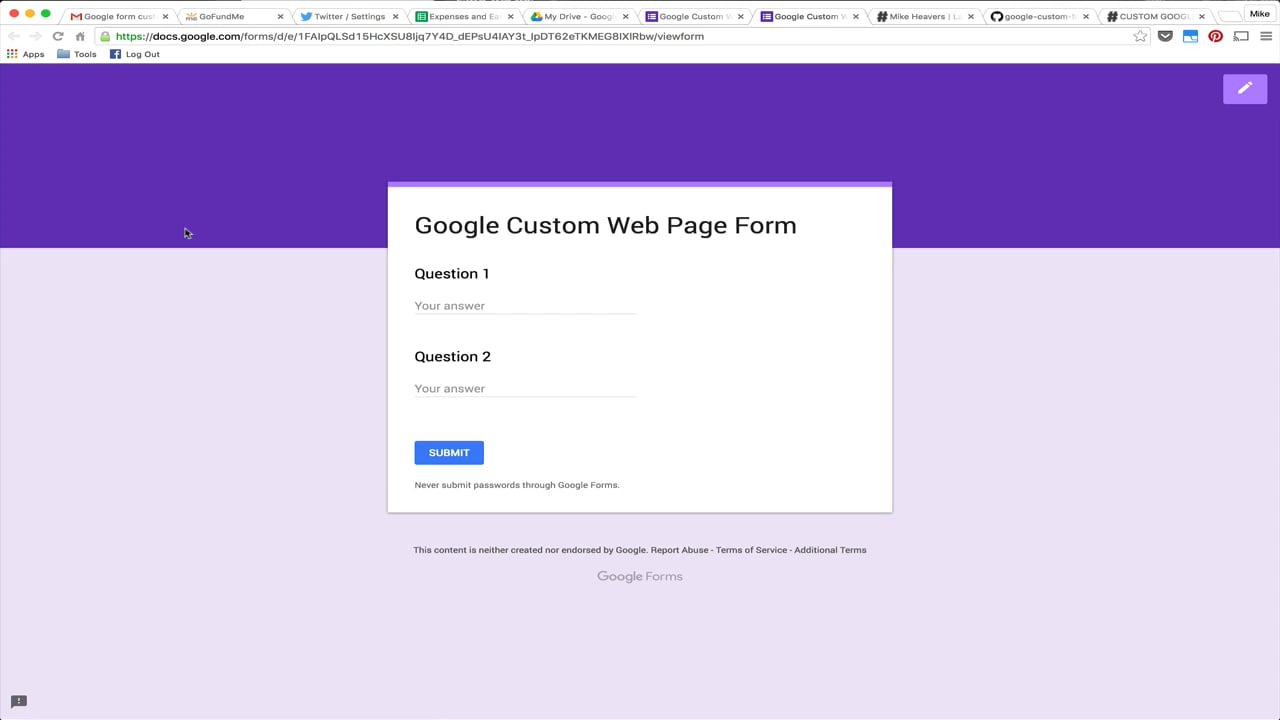 WuFoo as a form builder provides the look as well as the features in the form. It allows anything to be added to the form including the payment options as well as the file uploader. It has been there for a long time, and it is possible that you have already heard of it. This easy to use form builder with strong reporting skills is perfect for beginners as well as for the seasoned users. 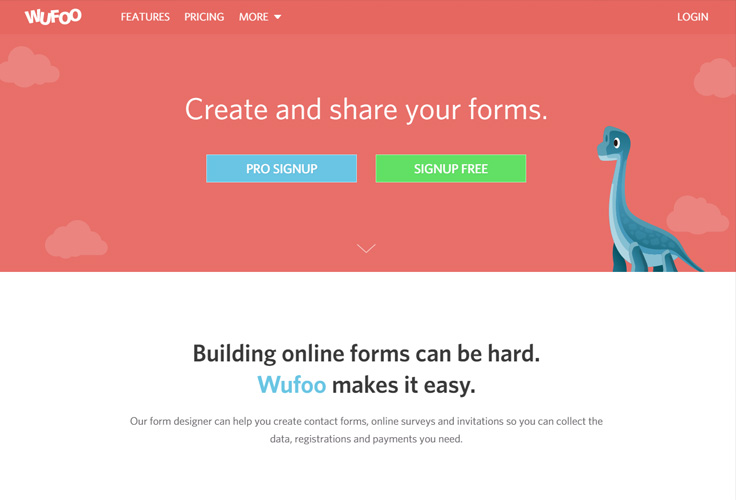 JotForm is one of the easiest, fastest full-featured form builders. It is possible to immediately start building up of forms on Jotform.com. The site does not ask for any sign-ups for the free user and the responses can be received by adding the email id in the end. The code generated while preparing the form then needs to be added to the website. This form maker is buzzing with multiple features and is one of the most famous form-builder preferred by the users. 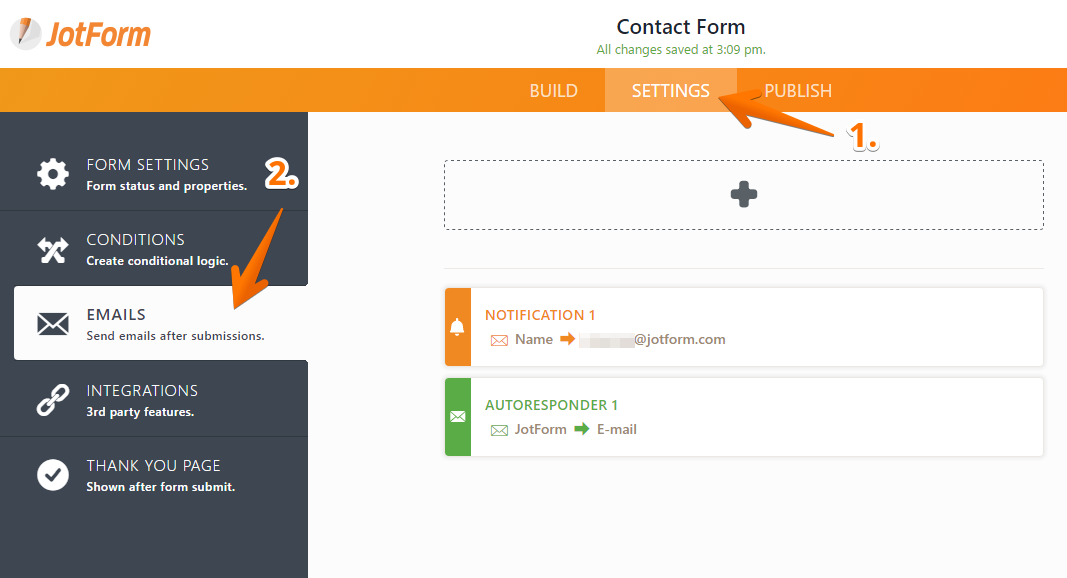 If you’re looking for the creation of a professional form or want a form for the business feature, there is no better form generator like FormStack. With its feature of denying submission, advanced payment processing, digital signature, encryption etc. this form generator is preferred by all those who are looking for extra features in the form.

While the other entire form app plays in the basic form generation, FormStack takes the process a notch higher with its interesting and non-beatable features. 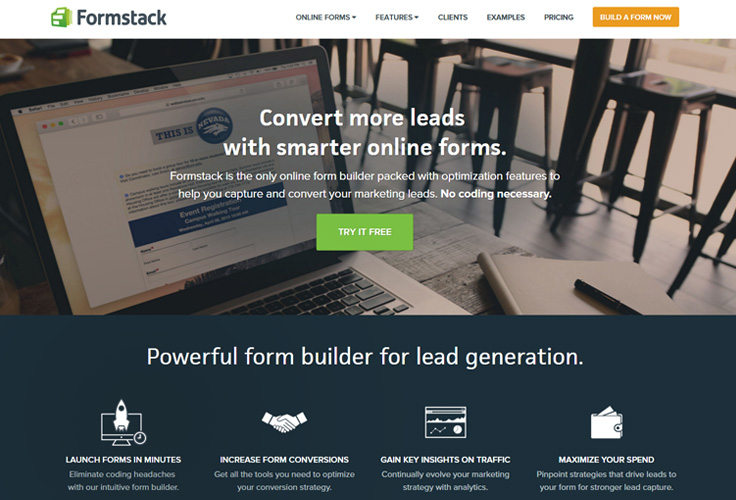 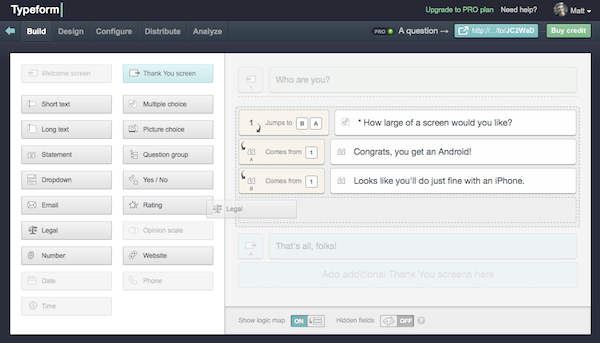 Ninja Forms is a WordPress plug-in used for generation of forms on the WordPress blogs. This plug-in is available for free for a lifetime with the basic version for unlimited forms with unlimited responses. Further features are available with the paid version. For the users using WordPress, the tool of Ninja Form is a real boon. 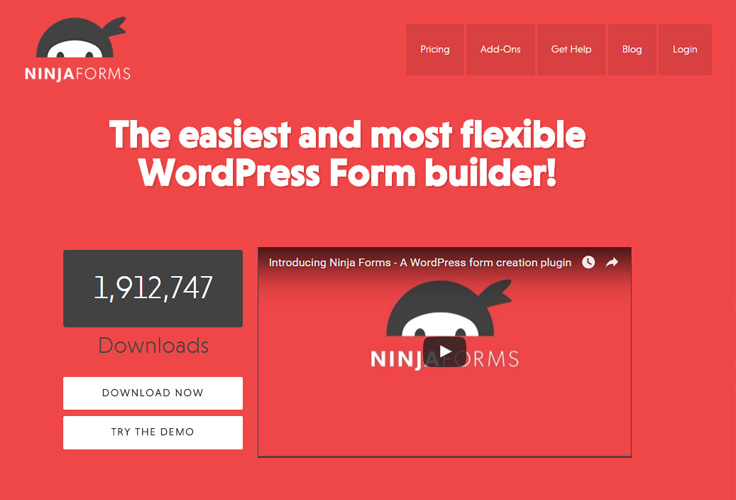 Free for unlimited basic forms; add-on extensions from $19 and more each.

FormAssembly is a simple form builder tool which helps in building form for an international audience with its wide language support. The biggest advantage of this form builder is that instead of plain drag and drop, it allows the user to customize the forms and form layout from the scratch. 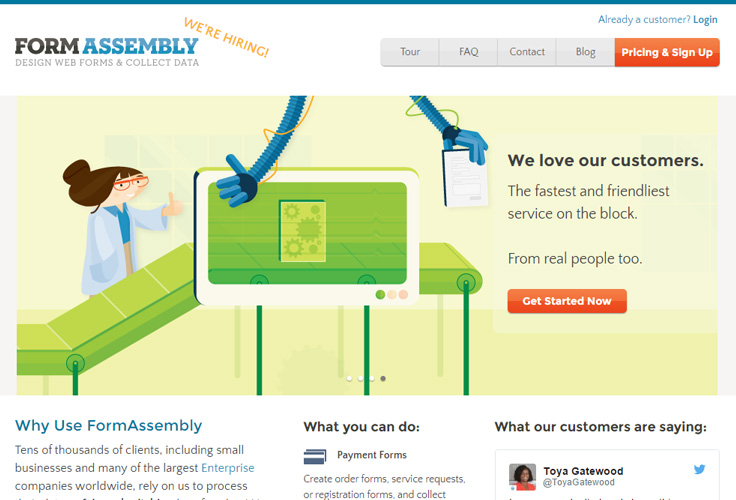 $28/month for basic features; from $59/month for API access and advanced integrations; from $250/month to run on your own server.

Gravity form is another plug-in for the WordPress which helps in building the form within a WordPress website. The biggest advantage of using Gravity forms is that these are theme-optimized forms, i.e. the forms embed themselves with the theme of the website seamlessly without any special programming by the users. 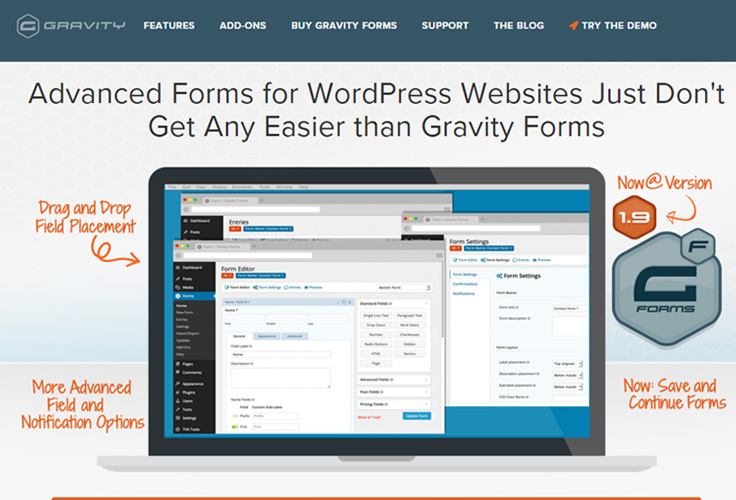 From $39 per site, with 1 year of upgrades and support.

The biggest limitation of these forms is that it charges quite a high price to integrate the E-commerce.